Mark is a game audio expert with over a decade creating, implementing and directing sound for some of the biggest franchises in the industry. 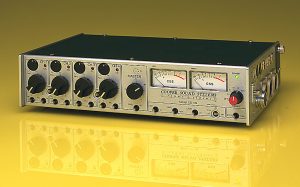 – Winner, GANG Sound Design and Audio of the Year awards

– Nominated for BAFTA, AIAS, GANG and MPSE awards for sound

Mark Kilborn is a Principal Audio Designer for Activision working on the Call of Duty franchise. He previously served for seven years as one of the Audio Directors for Call of Duty. He is a sound designer, field recordist and audio implementation expert with over a decade of experience in AAA game development. He has implemented sound and created audio systems and features using proprietary scripting languages, Python and C/C#, and has developed standalone tools using Python and Objective C. He also has experience with FMOD, Wwise, Unity and Unreal Engine 3.

Check out some interviews with Mark.